That last drop to the home
After 9 months of Graveyard Shift
When you know you don’t have to work in Night Shift anymore
That feeling of returning home from the border after an year
The nostalgic feeling of being who you were
It is like you were in a constant battle with life
And the war has finally end
It is like you return back from the war
With memories full of your mind
The memories you can live your life with
But you look forward to life
To see how simple things in life can now make a difference to you
You are a changed man
You appreciate everyone who makes a difference in your life
You are careful about the words you say
You are a pleasant being
And you want to live a delightful life
It is like growing flowers in your garden
You want to water them
You want to nurture them
You want to see them bloom completely
And you want to experience the aroma of your garden
You want to feel alive
You are looking forward to life
You are looking forward to live.
To the days of struggle and
to the days coming ahead
Cheers to Life !
Cheers to Life !

We all live as free radicals until some external situations force us to change our behaviour and nature. Take an example of a village boy, his life is pretty much revolves family, villagers, temple, pond, fields, harvest, rains. Life is simple smooth and butterlicious. There are ups and downs for sure, but there is no infusion.

He goes to a city to make a living or for higher studies. He sees an entirely different lifestyle in his surrounding. People have entirely different food tastes, fashion style, hash tag life which revolves around tweets, likes and shares?

He can either treat it as an opportunity and adjust or most often change himself to enjoy it or he can stay as he is and be called a laid back. Following his usual habits and not trying out new things (*a total loser)~that’s not me but the world calls him that.

Alright life goes on and things are in place.

Some fine day, a beautiful comes into his life and whatever choice he had for his life is overdriven for making this girl happy. Slowly they get closer and he is now someone he never realised he would be. She is extravagant ultramodern and totally happening girl. Soon they are going to parties, having outings, late night dinner, hangouts on beaches and pubs.

Another fine day she announces that she is getting married to an entrepreneur in US and will be flying in some days. This guy is broken and tries to convince her that he loves her and he wants to marry her. She sternly refuses and walks away.

He is broken. He starts visiting the bar more often and starts hanging out with random girls. He hurts a lot of them. (*stories that I leave it for your imagination)

Ironically if you try to dig deep into the girls history, she is from his village and she had come here for studies, during in college a boy broke her heart. That’s when she turned into a ultramodern girl and took emotions lightly.

Well enough of ground work. I hope you got what I am trying to say. Basically it is a well known phenomena of ‘A jerk met a nice person, turned that person into a jerk, who in turn made few other nice people into jerks‘.

So what is all this infusion about. Every one is infusion someone or the other with all their negative vibes. That someone eventually goes and infuses someone else. This is like a chain reaction, which happens in Isotopes of highly active elements. What bothers me is this particular reactive nature is now seeping into a more stable elements. Those who would not have been effected by this chain reaction are now very closely connected in fact sitting right on top of the nuclear reactor – “The Grid”.

The social networking, messengers and very highly impacting smart phones with data packs enabled have added to the blast. 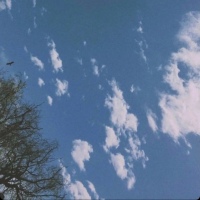